The new Alcatel Idol 5 is here

The new Alcatel Idol 5 is here 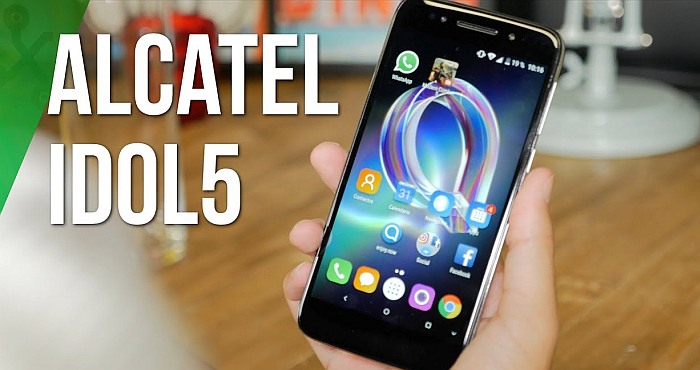 Alcatel Idol 5 going to be released in October 2017. Alcetal is back again with such a reasonable product Idol 5 having a huge and latest technology in it. Yeah, a new IDOL 5 Smartphone by Alcatel will be soon available at cricketwireless.com or Cricket-branded stores from October 27, 2017 for $199.

The Idol 5 has an Octa-Core processor and the fast-charging battery, along with 4G connection especially for Cricket network. The phone is basically locked to Cricket, It supports GSM. It runs Android 7.0 Nougat and has very pretty UI with proper arrangements and alignments of icons. The interface have a colorful and shining screen, which made cartoonish icons  and wallpapers looked very funky and crisp.

Moreover, Idol 5 model also have NFC, which enables the Android Pay, a headphone jack and a USB port. Surprisingly the mobile does not have dual camera system and 8-MP front 12-megapixel rear camera doesn’t offer any kind of special features for clicking pictures.

However, the battery is smaller in size than its previous model but it supports MediaTek’s fast-charging feature which is called Pump Express. Alcatel said that the mobile will take just 100 minutes to complete 100% charging.

The best specification of this phone is it elegant and amazing body, its aluminum unibody enhance its grace. However, the glass rear is changed in this model from previous models. . The Mobile also supports a round button at right edge called now key. We can use it to launch any of the application from different screens. Now key also helps to perform specific tasks while doing some other thing on your mobile.